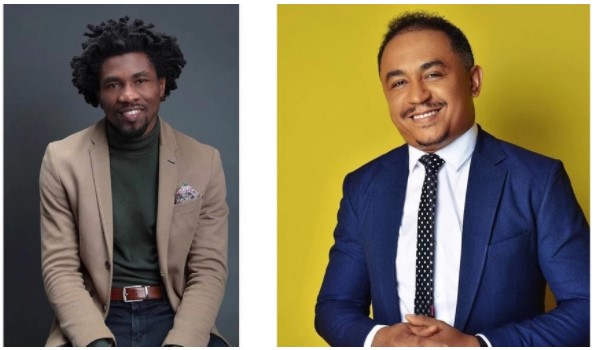 Nigerian On-Air personality, Daddy Freeze has advised Big Brother Naija’s Boma to work on himself after his exit from the reality TV show.

The OAP made this known while reacting to the reality TV star’s apology post after his exit from the show.

“What I can’t get over is the gossiping, snitching and the kissing and telling. Work on yourself bro,” he wrote.

Freeze’s post came hours after Boma took to Twitter to apologize to Nigerians for his actions in the house.

It would be recalled that Boma and Angel got into an almost free for all fight in the house before his eviction.

Things heated up quickly with the housemates over an argument of who spilt details of their executive lounge session from some weeks back.

Angel had hinted at Boma being a kiss and tell.