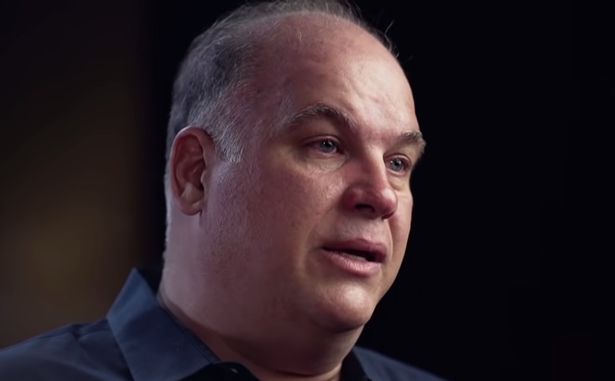 Pasquale Buzzelli was on his way up to his office on the 64th floor of the World Trade Centre on the morning of the devastating September 11 Al-Qaeda attacks in 2001.

Despite a 15-storey fall as the centre’s North Tower collapsed, Pasquale survived. He’s one of only 16 people who were rescued alive from the wreckage of the towers and only one other person is known to have survived a fall from the upper floors.

Despite the horrifying experience Pasquale was left with only minor burns and a broken bone in one foot.

“When you start to think about the numbers,” he says, “it doesn’t really seem possible that I’m alive.”

Speaking to 60 Minutes Australia, he recalled the moment when lead hijacker Mohamed Atta deliberately slammed a Boeing 767, American Airlines Flight 11, into the 93rd floor of the North Tower.

Pasquale and the others in the lift managed to get out and took to the stairs.

“We gathered everything,…a flashlight, [and] we wet down some towels and stuff, and we started our way down the stairs.” At that stage he still had his briefcase with him, and was imagining that the crash was just a terrible accident.

The group passed a firefighter, who was on his way up to deal with the horrific blaze above. He told them to just keep going down the stairs until they reached the ground floor.

“And then, we went down maybe couple more flights,” he said, “and it was, on the 22nd floor that all of a sudden, you know, everything started to shake…

“I heard screaming, you know, people behind me screaming, and then, just everything went dark.”

The building started to shake violently,” he recalls. “I heard all this… the loud rumbling from above, I dove into a corner, and I got into a foetal position, and just buried myself up against a corner, so if anything large or heavy was falling, at least I had two sides that could protect me.

“I felt the wall that I was laying next to, just crack and the floor give away, and I stayed tucked in the foetal position with my eyes closed.”

While this was happening, the nearby South Tower was already collapsing, and the North Tower would soon follow.

As the building collapsed around him, Pasquale recalls an “abrasive, sandblaster type feeling” and he stayed curled into a ball as the concrete floor beneath him cracked and crumbled, sending him at least 15 floors down to where he was eventually found in the shattered remnants of the 110-storey building.

He regains consciousness some two hours later. He cried for help, and soon after that a firefighter responded to his shouts. “Holy s***, guys, we have a civilian up there,” the firefighter said.

But before he could be rescued, another fire broke out around Pasquale. He briefly considered finding a sharp object to kill himself with rather than be burned alive.

But then a team of firefighters managed to clear a path to where the 6’2”, 19-stone structural engineer lay trapped. As they carried Pasquale to safety, one of them said, “Man, you are a heavy f***. What’s your name?”

It took several months for his foot to completely heal, and the psychological scars have still not entirely gone away, but Pasquale is one of the luckiest people who were in those buildings on that fateful day.

In total 2,996 people are known to have lost their lives on that day, including 19 al-Qaeda terrorists, and some 25,000 were injured as a result of the four co-ordinated hijackings that plunged the world into a turmoil that, as recent events in Afghanistan have shown, is still with us today.