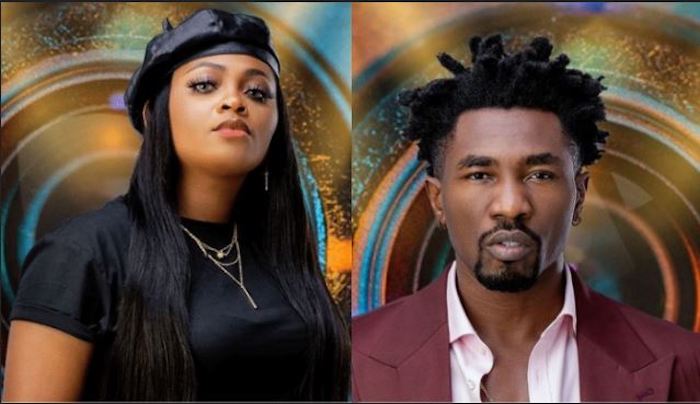 Recently evicted housemate of the Shine Ya Eye season of BBNaija, Boma, has debunked insinuations that he’s a home breaker.

In a recent interview with media personalty, Ebuka, he revealed that his flings with Tega, a married woman, was all a script deployed to make the show entertaining as their colleagues were boring.

Tega would always cook for me as I didn’t enter the kitchen for one day. So we became close and had a discussion. We felt the house was boring as most of the housemates would be sleeping during the day. We saw we could take advantage of the circumstances in the house and be standout performers on the show if we tagged along and gave the viewers something to talk about.

Coming out of the house, I now see why it looked bad. My intentions were never to take or snatch Tega from her husband. It was all a script,” he said.