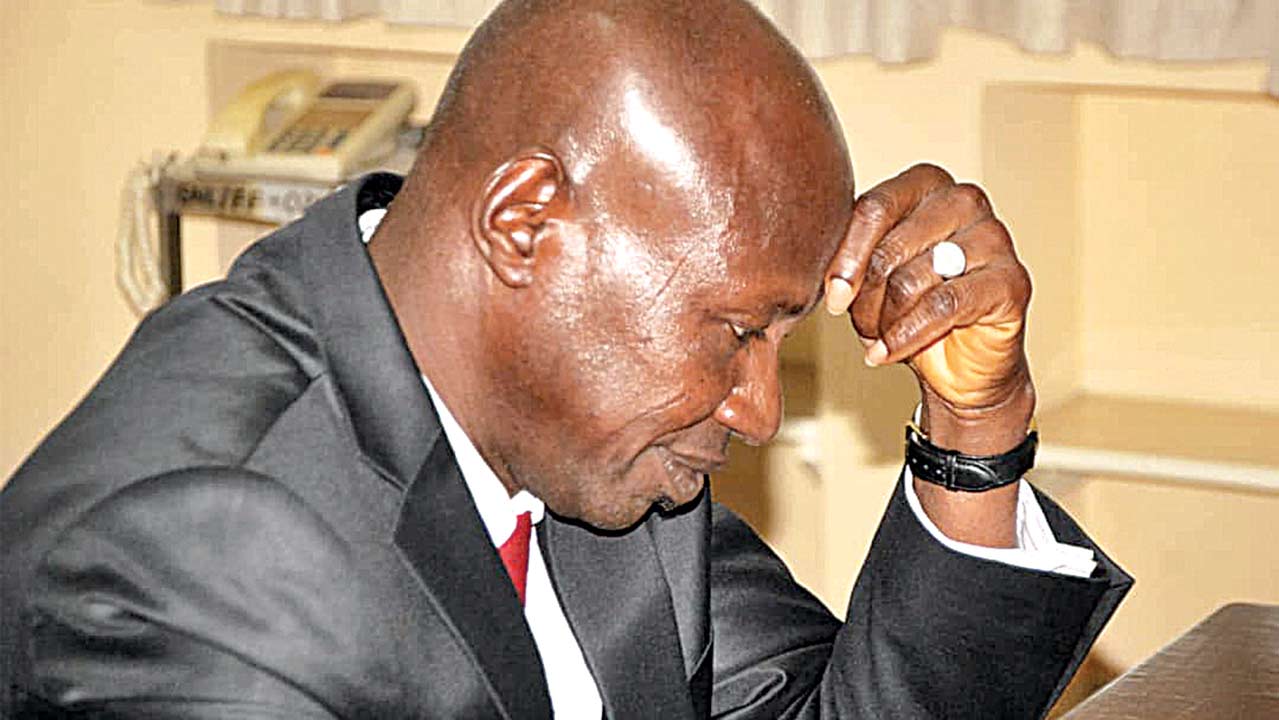 The Minister of Police Affairs, Maigari Dingyadi, has said that former acting Chairman of the Economic and Financial Crimes Commission, CP Ibrahim Magu, is still on the Federal Government’s payroll as a police officer despite his suspension by the President, Major General Muhammadu Buhari (retd).

The minister spoke on Tuesday when he featured as a guest on Channels Television’s ‘Politics Today’ current affairs programme monitored by The PUNCH.

Magu, who served as acting chairman of the EFCC from 2015 to 2020, was rejected twice by the Senate.

He was later suspended along with several others in July 2020 for allegedly mismanaging funds of the commission, an allegation which he vehemently denied.

The former EFCC boss was probed for over three months by a judicial panel of inquiry led by a former President of the Court of Appeal, Justice Ayo Salami.

The panel made several recommendations but the report has not been made public to date.

The President later in February 2021 named Abdulrasheed Bawa as the new EFCC chairman to replace Magu.

Giving an update on Magu’s case on the programme on Tuesday, the minister said, “The matter is investigated and the man is still in the service, he is still in the Force Headquarters, I don’t want to expatiate at this material time as to what is happening to the report of the committee. What I know is that the report has been submitted to Mr President and as far as I know, no communication has yet to be submitted to the ministry or the police force on this matter.

“So, we are waiting for the final outcome and the public will be informed as and when the need arises.”

“Of course, he is still a police officer even though he is under suspension. He used to be the chairman of the EFCC but he is no longer one.

“But that does not mean he is not on the payroll of the Federal Government; he is still a civil servant, he is still a police officer until a final decision is taken on the matter, I don’t think I should say anything more than I have said on this matter now,” Dingyadi added.