The Nigeria’s biggest music export has set another record with his mega-hit track- Essence featuring Tems, and also his fourth studio album titled “Made In Lagos“.

Wizkid’s Essence on August 30, became the No. 1 song in the US on Shazam. This achievement made Wizkid go above British singer Ed Sheeran, American rappers; Lil Nas X & Doja Cat. And placed him as No. 1 on the App’s Top 10 artists list.

Also On this week’s iHeart-radio chart, Essence made on No. 1 at Hip Hop Radio.

To cap it all, “Essence” has been certified Gold in USA as well. 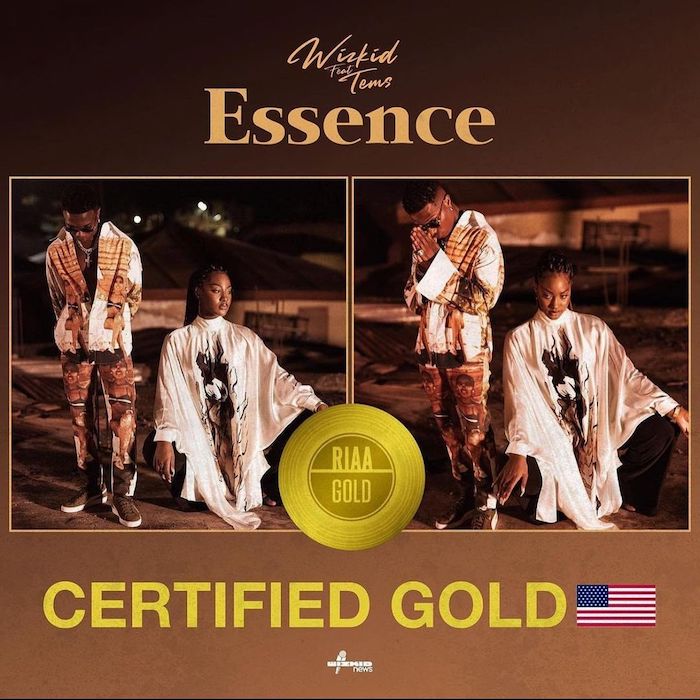 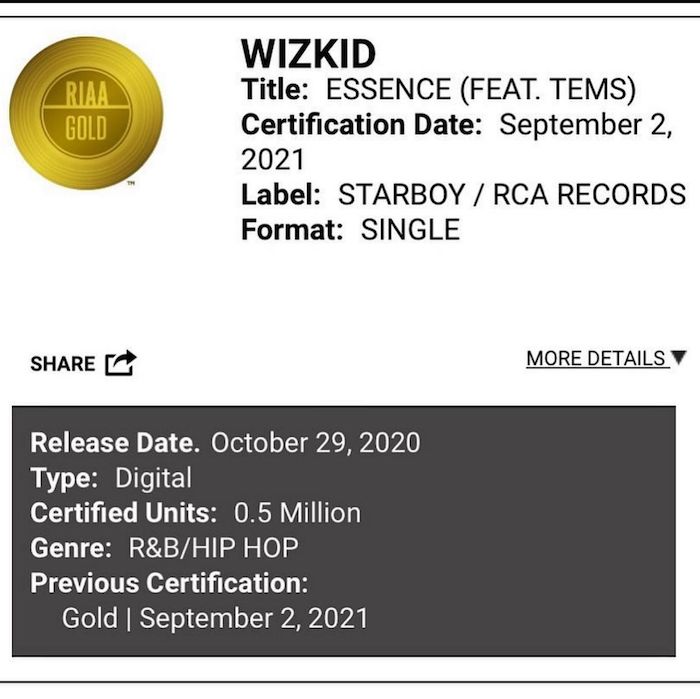