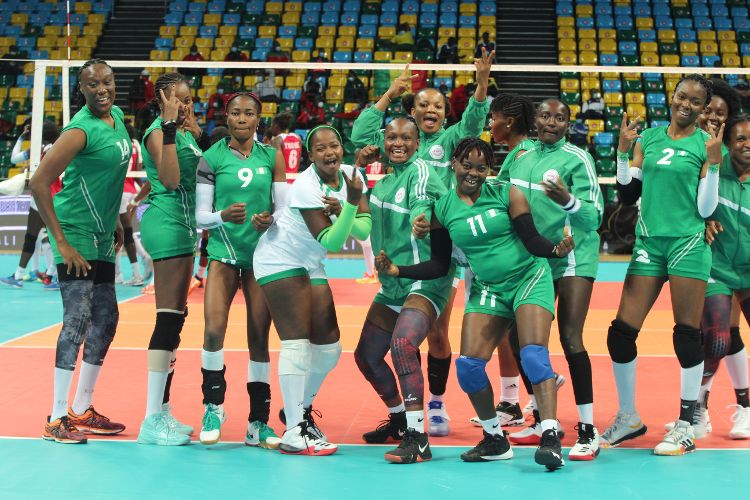 The head coach of Nigeria women’s senior team, Samuel Ajayi told newsmen after the match that the players played according to the match plan.

Ajayi said the win against Senegal has built the confidence of the team adding that Senegal played well in the third set but Nigeria got the deserved win.

“I am excited that the players were able to play according to the match plan and I thank God that he made our first win possible.

“The last time we met at the World Cup qualifiers, the Senegalese beat us 3-2 in Lagos and this was ringing in my ear before the game and that is why we came all out being the first game.

“The win will build our confidence in the championship and I am grateful to God and the volleyball community”.

The NSCDC coach said Nigeria will be playing against Rwanda and the crowd, stating that his team can stage an upset.

“I know the match against host, Rwanda is going to be very tough, their fans will come out in their numbers to cheer them but we believe with today’s win, we will build on it and provide a shocker”

Nigeria takes on host, Rwanda in their second match on Monday by 12pm at the Kigali Arena.