US-based actress, Sonia Ogiri, has slammed Daddy Freeze for telling singer Brymo not to call out his colleague 2face Idibia on social media.

Taking to her Instagram page, Sonia Ogiri told Daddy Freeze that he should focus on criticising pastors and leave others including Brymo alone.

Naijaloaded recalls that Brymo called out 2face in a series of tweets and claimed that the ‘African Queen’ veteran singer accused him wrongly of having an affair with his wife Annie, adding that 2face staged an attack against him for that.

However, reacting to Brymo’s post, Daddy Freeze weighed in and told Brymo that he should not have brought it up on social media after what the Idibia family have gone through. 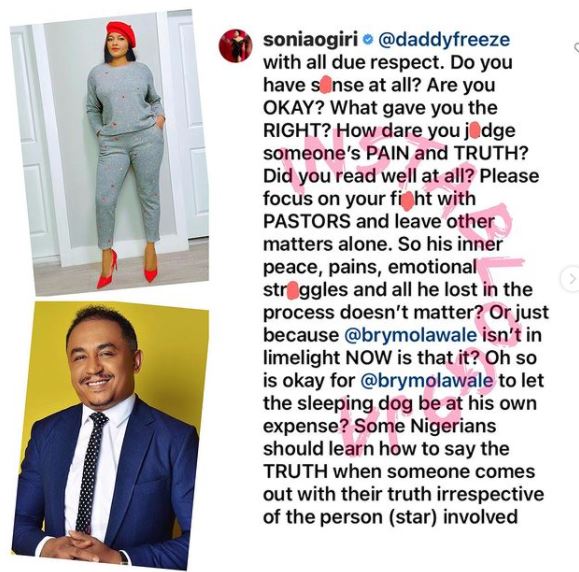 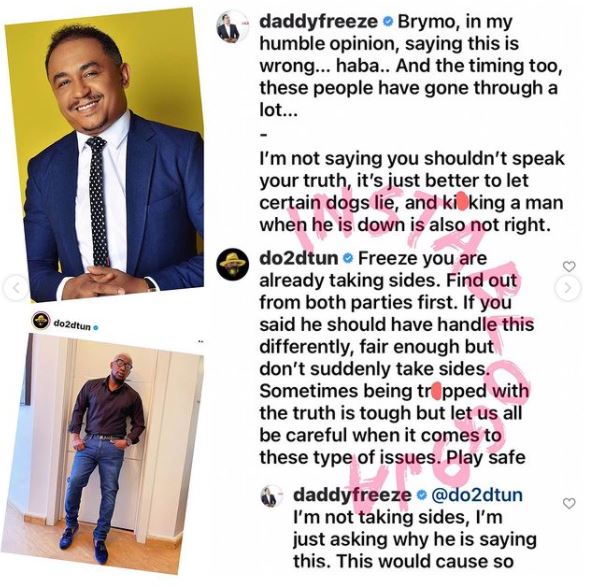