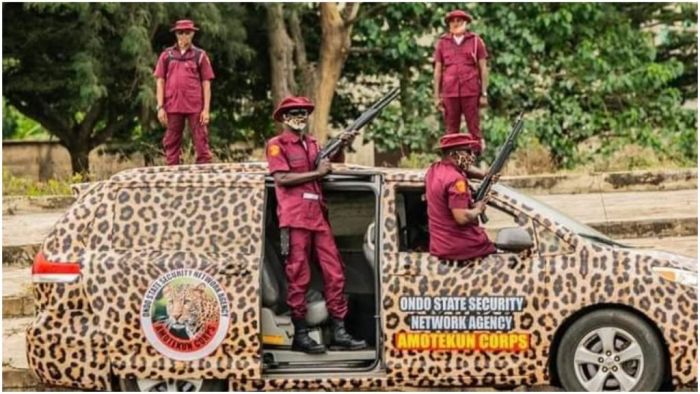 The Ondo State Security Network Agency known as Amotekun Corps has rescued nine out of the 12 victims who were kidnapped from an 18-seater passenger bus in the state.

The State Commander of the security outfit, Adetunji Adeleye who disclosed this said effort is ongoing towards rescuing the three other victims unhurt.

It was reported how gunmen suspected to be kidnappers attacked the Lagos bound bus which was on transit through the state from Abuja.

The kidnappers who waylaid the bus at a failed portion of the Idoani-Ifira road in Akoko South East Local Government Area kidnapped the passengers after shooting sporadically into the air forcing the bus to stop.

While narrating how the passengers were rescued, the Amotekun boss said the gunshots from the gunmen attracted the operatives of the corps within, who immediately swung into action.

Adeleye said his men are still combing the forest in a bid to free the remaining victims.

Also, the Spokesperson of the state police command, DSP Olufunmi Odunlami, said the anti-kidnapping unit of the Command was already working with sister agencies in the state to ensure that the travellers are rescued unhurt.

Meanwhile, a community leader in Ifira Akoko, Chief Boboye Ojomo attributed the robberies and kidnappings within the axis to the state of the road which had for long been in deplorable condition.

Ojomo said the federal road from Ipele to Idoani and Isua Akoko had been abandoned by the contractors handling the road project.