BBNaija Lockdown former housemate, Terseer Waya, popularly known as Kiddwaya, has revealed why he is returning to the UK.

The billionaire heir made the disclosure via his official Twitter account while replying to questions from his fans.

A fan asked, â€œMorning Kiddy. When are you heading back to the UK??â€

BBNaija Lockdown ex-housemate, Kiddwaya has shared a piece of advice with Shine Ya Eye housemates as the season comes to an end.

According to Kiddwaya, the Shine Ya Eye housemates have to be ruthless in everything that they do including choosing the brands to represent.

“Be ruthless in picking the brands you work with! Be ruthless in your collaborations. Be ruthless in deciding what your worth is but most importantly, be ruthless in knowing your value! Once you open your mouth, that’s the minute you tell the world who you are. Goodluck. #BBNaija.” 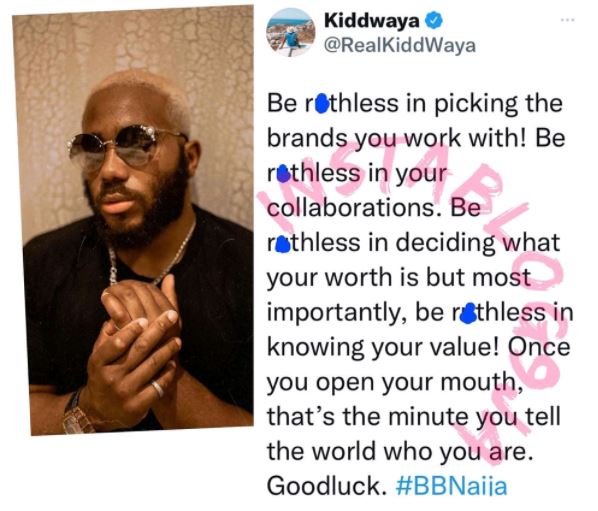 The reality TV star stated that the shine ya eye housemates should be ruthless in the brands they choose to work with as they leave the house.

Known for always speaking his mind, Kiddwaya further stated that the shine ya eye housemates should be ruthless in knowing their worth and value because that will determine the way people see them. 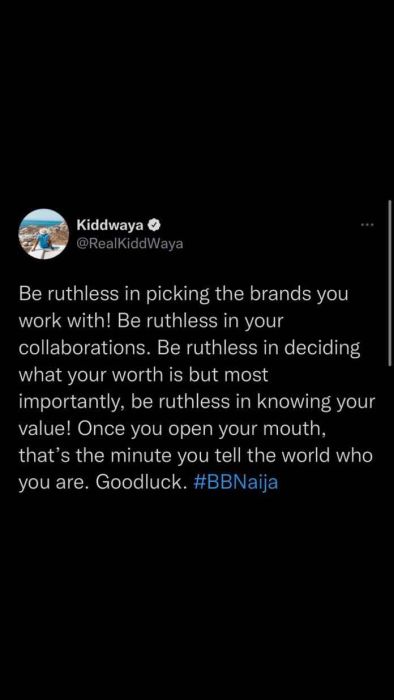