Today, Billboard reported that the singer broke the record set by Fela Kuti with his “Made In Lagos” album.

Wizkidâ€™s achievement is coming in hours after his MIL Deluxe album returns back as the No.1 album in Apple Music Nigeria. 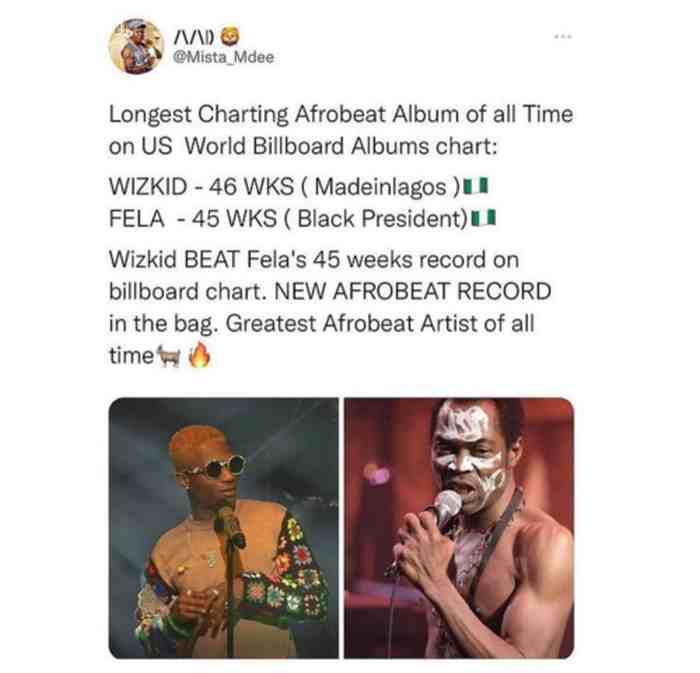 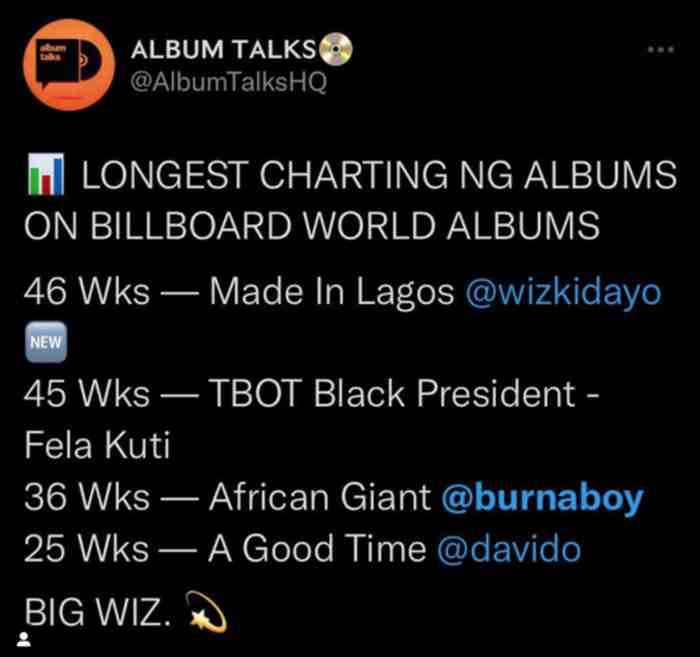 The greatness of Afro-beat can be traced down to the times of Fela Anikulapo Kuti, the days when Afro-beat was used to narrate the struggles of Africa.

Fela exposed the world to the beauty of African music, thereby making Afro-beat one of the most sought-after sounds in the entire world.

Fortunately, Afrobeat didnâ€™t die with Fela, scores of young artistes have fought so hard to continue the legacy of Afrobeat and make it occupy a very formidable space in the world of music.

So far so good, Burna Boy and Wizkid have been the most successful Afro-beat export. Shutting down big international stages, selling platinum in European countries to the point of claiming the most prestigious international award is a win for Afro-beat.

Wizkid and Burna Boy got their first Grammies respectively last year and they have since been the major face of Afrobeat that most international stars want to work with.

Despite the success of these young artistes, it is not contestable that Fela still remains the Afrobeat greatest of all times because his name still rings a serious bell in the international scene as the father of Afrobeat.

You will recall that even Nigerian actor and comedian, Woli Arole confirmed how big Fela still remains abroad despite Wizkid and Burna Boyâ€™s success.