The trend of comparing artists on the internet isnâ€™t a new thing but Seun Kuti isnâ€™t fond of people comparing his father Fela Kuti to the new age artists in Nigeria.

Seun Kuti took to his Instagram to drop a warning message for those who are fond of comparing his father, the late Fela Kuti to other Nigerian artists.

The Singer and activist said one can not be greater than that which one takes or steals from.

According to him, until Fela comes back from the dead to sample their faveâ€™s songs, their comparison is null and void. 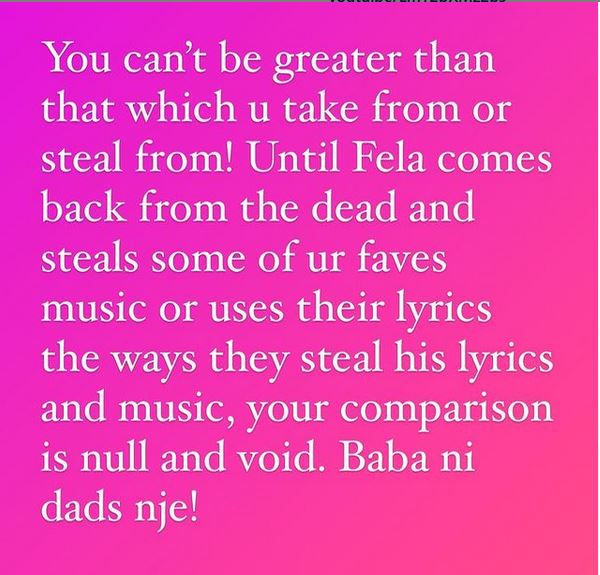 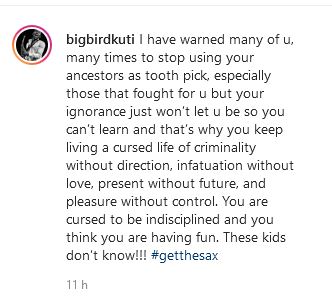