Falz in his post said innocent people were killed just because they were asking not to be killed or brutalized”.

Ahead of the very 1st anniversary of the October 20 2020 #EndSARS protest in Lagos where gunshots were fired at protesters at the Lekki tollgate, popular Nigerian singer Falz has said Nigerian youths will not be silenced by anyone.

In a post shared on his Instagram page this evening, the singer reacted to the decision of the state Commissioner of Police barring interested persons from staging any EndSARS remembrance protest.

Falz in his post said innocent people were killed just because they were asking not to be killed or brutalized”. He said it has been over a year since the unfortunate incident and no one has been punished for the crime. 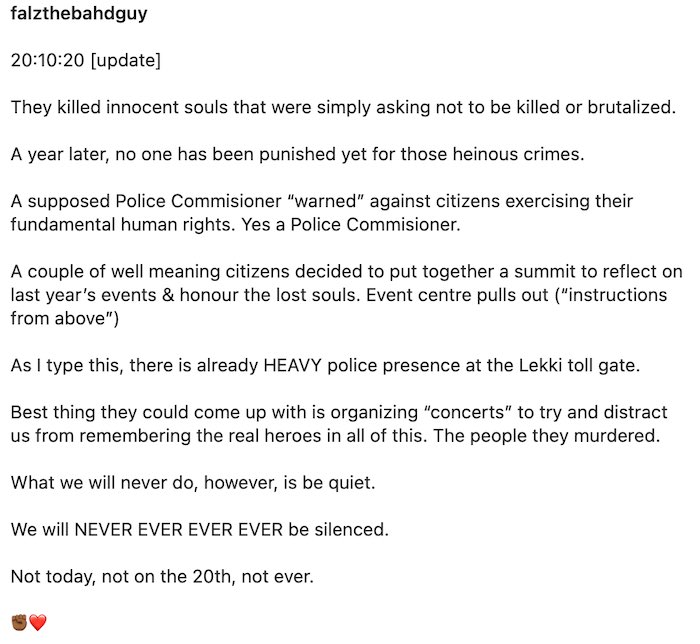 Sess gently warns his love interest not to play with his heart on this new record. Falz, known for his comical raps, expertly narrates the tension in dating a toxic , woman.

Sess gently warns his love interest not to play with his heart on this new record. Falz, known for his comical raps, expertly narrates the tension in dating a toxic , woman.

At the end of 2017, I made a list of the top ten rappers who performed that year, and guess who was number one? Falz.

Falz, coming from a stellar year where he released his magnum opus, “Stories That Touch” and a couple of mindblowing singles was the most important person in hip-hop that year. Anyone who mattered then rated the guy even ahead of guys like Olamide and Phyno.

Fast forward to 2021, four eventful years after, where is Falz? The guy’s last hit was “Bop Daddy” which used Ms. Bank‘s momentum to become a tik tok hit and was one of the top songs in Nigeria and the UK last year. But that’s it. Before then, two years before that, he didn’t have a single hit. And it’s not for the lack of trying, I tell you.

He’s tried to jump on every wave with the hopes that luck would shine on him and he would score a big number. Guess luck just hasn’t shone, right? So, how did he become like this? How did one of the biggest and best rappers of the 2010s go back to square one? 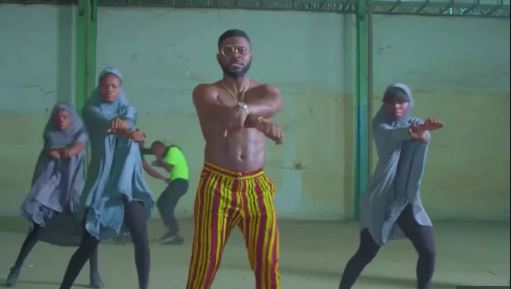 I’d like to turn your attention to 2018, the year it all started. Falz decided that it wasn’t enough to make songs that could turn up the club and make people laugh anymore, he decided to go into activism. So what did he do? He started with a satirical “This is Nigeria” which is by far one of Nigeria’s best rap records and made hella waves for it. After that, he channeled his inner Fela and made a socio-politically conscious album, “Moral Instruction.”

While that album generated very positive reviews, it wasn’t the usual Nigerian album, so it went under the radar quickly and fast, with no hits. The only mild hit from the album, “Johnny” was regurgitated during the End SARS protests last year. Let’s just say that was one of Falz’s most underperforming singles of all time. So what happened? How did the “Sweet Boy” rapper start struggling to find his balance? Is this just a phase?