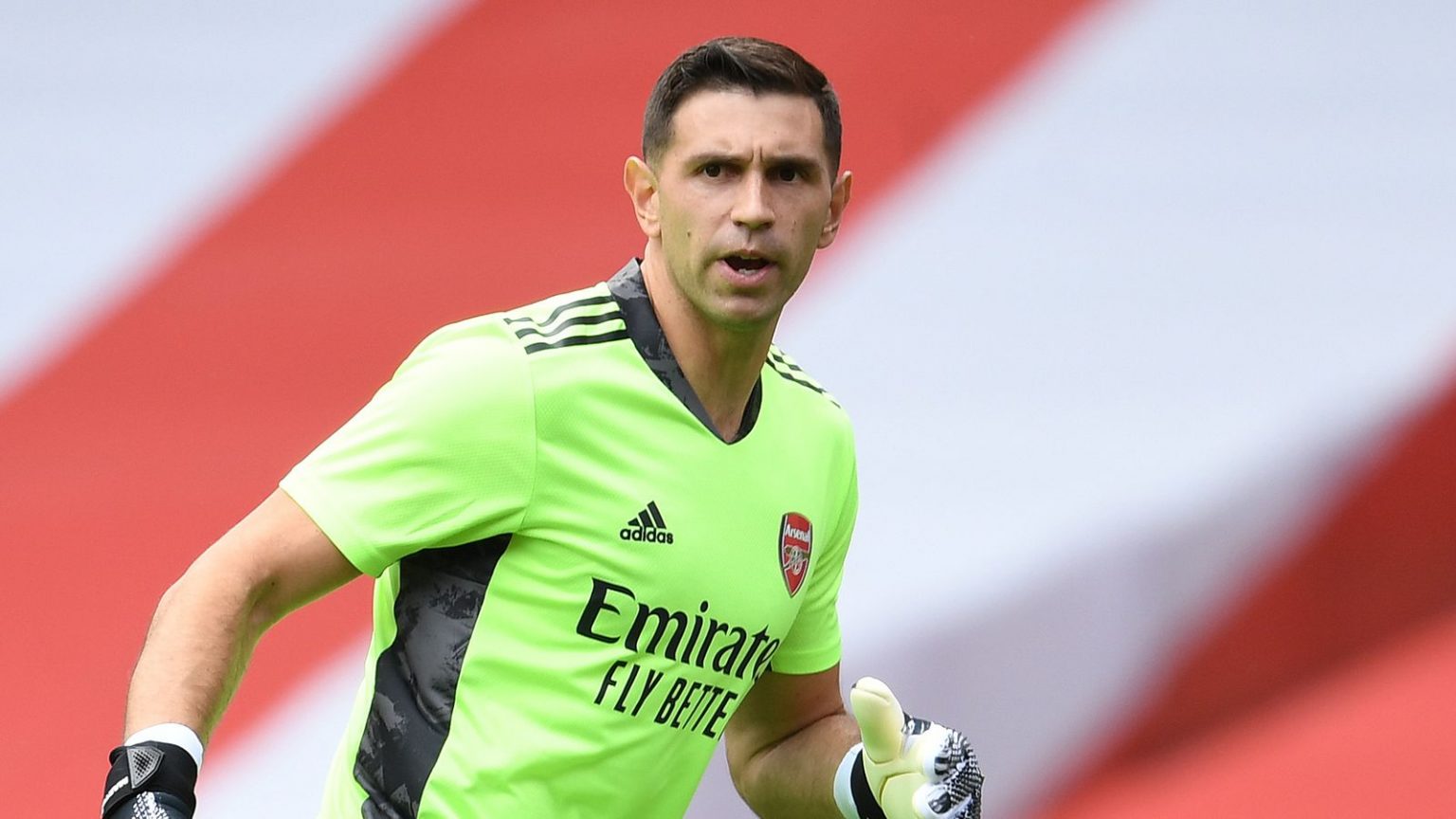 Former Arsenal goalkeeper, Emiliano Martinez has said that he never wanted to join the club back in 2010 when they came to sign him.

The goalkeeper said he wanted to stay at Independiente in Argentina.

Arsenal signed Martinez as a teenager from Argentina. He went on to spend 10 years in London and made only 38 first team appearances in that time.

He left north London on a string of loan spells, turning out for Oxford United, Sheffield Wednesday, Rotherham United, Wolves, Getafe and Reading.

The goalkeeper finally proved his worth to Arsenal during the 2019-20 season when he made 23 appearances and winning the FA Cup.

He then left for Aston Villa at the end of the season as he looked for – and found – guaranteed first team opportunities.

The 29-year-old said he never really wanted to join the club in the first place .

“Arsenal came to look for me and Pepe Santoro told me that the train only passes once in a lifetime,” Martinez said in an interview with El Pais, via the Mirror.

“My family and my agents thought the same. So, the decision was more for them [his family] than anything else.

“I didn’t want to go. I did not regret it, but I wanted to play in Independiente. For a while, I thought: ‘If I stayed, in two years I will make my debut.’ I knew I could get to Independiente’s first team. The club trusted the youth team goalkeepers.

“We lacked a little financially. I did it more for that than for sports.”