BBNaija housemate, Pere Egbi reveals that fellow housemate, Angel has a heart of stone and as such, is not ready to settle in a relationship with anyone.

Pere made this known during a conversation with Cross while reacting to the sudden change of attitude towards Cross.

The ex-military man affirmed that the 21-year-old writer is only in the house for the cruise, nothing more.

Big Brother Naija, BBNaija season 6 housemate, Pere has told Cross why Angel has been avoiding him.

However, after the live show, Angel disclosed her reason to Pere.

Pere, speaking to Cross, said Angel told him she stopped talking to him because sheâ€™s scared of getting too attached to him.

The Sunday live eviction show saw Yousef and Saskay evicted from the house.

This came as a shock to Angel who thought she would have been evicted last night.

Speaking to Queen, the 21-year-old BBNaija housemate, said her escape from eviction has encouraged her and made her optimistic about her stay in the house.

She disclosed that henceforth, sheâ€™ll not have a nonchalant attitude during head of house games but would give her best.

Big Brother Naija season 6 housemate, Pere has revealed that itâ€™s not safe for any guy to catch feelings for fellow housemate, Angel.

Pere said this during a conversation with Cross while reacting to the sudden change of attitude Cross was getting from Angel.

According to him, Angel is a cruise mistress and any man that falls for her is in trouble. 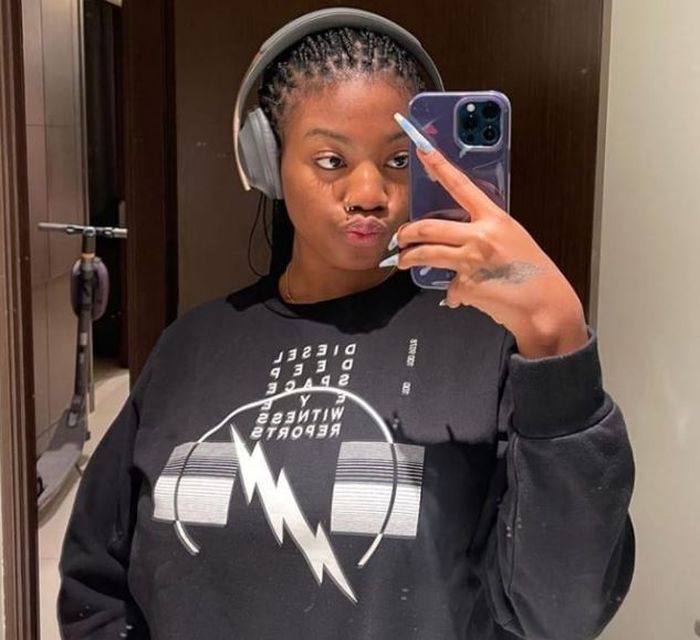 Big Brother Naija’s housemate, Angel expresses gratitude after surviving eviction as she opens up on determination to put in her best in Arena games.

This is coming following the viewer’s vote result that saw Saskay and Yousef evicted from the show.

Angel, while hailing her father’s PR skill on her Instagram page stated she never expected to get that much support from viewers who bought her an extra week in the house.

“I can’t believe people voted for me, I’m encouraged and optimistic from now on.

“My dad is doing a good PR job, because I’m surprised people voted for me.

“Everyone should watch out for me tomorrow during Arena games, because I’ve been encouraged and I’ll start competing,”

She said while speaking to Queen.

Recall that Angel suddenly stopped talking to Cross who she has shared a lot of intimate moments with in the house.

Cross has also approached her countless times to ask for forgiveness, while demanding that she let him know if he has wronged her in any way.

He further noted that he was confused because they both were cool a night before she started acting up and avoiding him.

Even when asked what the matter was by Ebuka during the eviction show, Angel refused to state why she was suddenly avoiding her bestie, Cross.

However, during a discussion with Pere and Angel, Cross said he misses her so much, adding that he hopes she forgives him for whatever it is he has done to her.

Current weekâ€™s Head of House of BBNaija show, Whitemoney reveals that co-housemate, Angel isnâ€™t real but only acts for the camera.

During chitchat with Queen at the Head of House exclusive room on Friday, Whitemoney stated that everything the 21-year-old writer does in the house is for clout.

BBNaija season 6 housemate, Angel has cleared the air regarding her awkward behaviour during the Head of House game on Monday 13th September.

Angel portrayed an unusual attitude by behaving so unconcerned during the game which surprised other housemates and viewers alike.

Following this behaviour, Angel spoke to her fellow housemate Saskay, and she commented that her unenthusiastic attitude was because luck doesnâ€™t always shine on her.

According to the housemate, Emmanuel and Liquorose have made love in the house.

Angel made this revelation during a chit-chat with her bestie, Cross on Wednesday afternoon.

According to her, she and evicted housemate, JMK always knew Liquorose and her love interest, Emmanuel had gone intimate and was more than shocked when she heard Liquorose vowing that she will never have sex in the house no matter what.

Angel disclosed that she and JMK got the information from evicted housemate, Sammie who got the news first hand, directly from the source.

Angel said this after being nominated for possible eviction this week.

Speaking with Saskay, Angel said sheâ€™s still depressed and fears what life has to offer her outside the show.